Over the last decade, the U.S. automotive industry has witnessed a secular shift toward pickup trucks, sport utility vehicles (SUVs) and crossovers (CUVs), at the expense of sedans. The share of light truck sales as a percentage of total vehicle sales increased from 53% in 2014 to 72% in 2019. And there are signs that SUVs and crossovers are gaining market share elsewhere in the world, too. According to estimates, the number of SUVs on the road globally grew from 35 million in 2010 to over 200 million in 2018, representing 60% of the increase in the global car fleet over the 8-year period.(1)

This change in consumer preferences is driven by factors such as lower gas prices, a strong economy, and improvements in the design of SUVs, as well as increasing fuel efficiency. Especially as the retail gasoline prices in the U.S. dropped from $4.14 a gallon in 2008 to below $3.00 in 2014,(2) fuel efficiency became less critical in the consumer’s vehicle purchase decision. In addition, the segment has benefited from the introduction of CUVs, which combine the sport-utility body style with the frame of a passenger car, offering a smoother, quieter ride with better fuel efficiency than truck-based SUVs. CUVs are attracting drivers of sedans seeking increased interior space, higher ground clearance and all-wheel drive features, and SUV and pickup truck drivers seeking more affordable and efficient vehicles.

Increasingly stringent fuel efficiency regulations across the globe pose challenges for auto manufacturers. As a result, they are investing heavily in electrification technologies and new crossover models, as CUVs often have slightly lower fuel economies than sedans. However, the recent move by the Trump administration to roll back the Obama administration’s fuel efficiency standards in the U.S. may provide relief to manufacturers by reducing future efficiency improvement requirements.

“All five vehicle types are at or near record low CO2 emissions and record high fuel economy and have steadily improved in recent years. However, the market shift towards SUVs and away from sedans/wagons has offset some of the fleetwide benefits that otherwise would have been achieved from the increased fuel economy within each vehicle type.”(7)

While U.S. auto sales continue to remain stable, the market is witnessing divergent trends in passenger cars and light truck segments, driven by shifting consumer preferences from sedans to SUVs and CUVs. More than 17.0 million light vehicles were sold in the U.S. in 2019, the fifth consecutive year when sales exceeded 17 million units. However, small and mid-sized car sales fell for the seventh consecutive year, while CUVs continued to grow, reaching an all-time high with a market share of 41%.(5) As the market is expected to witness soft demand in the next few years, new model launches and an optimal product mix will be critical for automakers to protect market share and grow the top line. In the U.S., manufacturers will continue to rely on the truck segment, including pickups, CUVs, and SUVs, which is expected to continue to dominate the market. However, as the segment becomes crowded, profitability may decline.

While FCA halted the production of sedans in the U.S. in 2017, the other two Detroit manufacturers, Ford and GM have announced plant closures and discontinuation of their sedan models by 2023. With the large domestic manufacturers focusing on light trucks, foreign brands like Honda and Toyota are likely to take a larger share of sedan sales in the U.S.

Despite significant differences in terms of new model launches across manufacturers, the product mix of all major global manufacturers is moving towards Crossovers and light trucks.

The shifting consumer preference for large vehicles, coupled with long-term emission regulations, has caused automakers to focus strongly on electric trucks and SUVs in the next few years. The market has witnessed a flurry of recent announcements of electric SUVs, including new models, as well as electrified versions of their popular nameplates. Automakers have pledged more than $225 billion toward their electrification strategies by 2023.(8) Success in the electric light truck/SUV category is critical for automakers, as these models are more profitable as compared to lower margin sedans, helping them to better absorb high battery costs. These models may also increase EV adoption by increasing the options available to consumers in terms of vehicle selection. Battery-electric SUVs as a percentage of total SUVs will grow from 1% in 2015 to 35% by 2025.(9) However, range, infrastructure, and cost still pose significant challenges.

Tesla is expected to launch its affordable e-SUV, Model Y, in 2020. The Model Y is based on the same platform as the Model 3 and shares approximately 75% of its parts, including its basic chassis.(11) This will allow Tesla to realize significant economies of scale. Tesla is pricing its Model Y starting at $48,000 for the Long Range and $61,000 for the Performance model. A mid-range version at $39,000 will follow in 2021.(12) Given that Tesla is the most recognized EV brand, the Model Y has the potential to dominate the e-Crossover segment.

“SUVs are the growth engine behind the global auto market and we think there is little chance of this trend reversing.”
-Jeff Schuster, President of Americas and Global Vehicle Forecasting at LMC Automotive(15)

“If you really want people to pay attention to electrics, you need to be playing where they’re interested.”
-Darren Palmer, Global Product Director, Ford Motor(16) 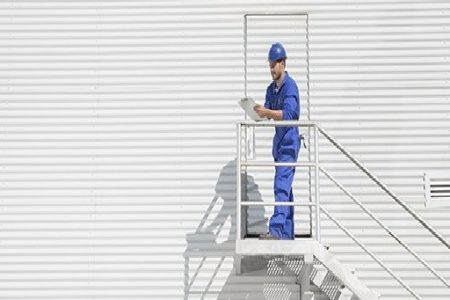